Solid State is a fast-paced strategy game that focuses on a small set of core gameplay mechanics to keep the game simple and engaging.

You play as the Solid State, a government organization tasked with defending the Server against Rogue Data. Select from three varied data types to win back different sectors of the Server. Once taken, these sectors provide bonus points to spend on upgrades to your stats and hacks. Hacks are special abilities that can be used frequently (but have cooldowns). Overload a server to deal damage, place a barrier on a node to defend from attacks and use a sentry gun for any occasion!

Quick thinking, and timing are essential to your success.

On the main menu after a short tutorial you can choose which data type (or class), you want to play as. Your choice determines your base attack and defense stats, as well as a few special abilities. The on-screen tooltips will give more information about their differences.

In game, the controls are incredibly simple! Click and drag to move node to node, and use your hacks. If you are feeling fancy, you can select multiple nodes at a time! Simply click(or touch) and drag from the node you want to move from, to the one you wish to attack(or reinforce). If the node is not owned by you, your units will attack when they reach the node. If they destroy all other units in the node they will take it over.

To use “Hacks”, click or drag from one of the 3 abilities to your target. Click again or release the mouse button to use the hack. Note that barrier must be put on a node you own. Sentry and overload can be placed anywhere (But overload will hurt you too!)

If you do play on an Android device (and we recommend it!) make sure it’s a newer model! Runs fine on Galaxy S3 and up, but some of the bigger tablets can sometimes see performance hits. 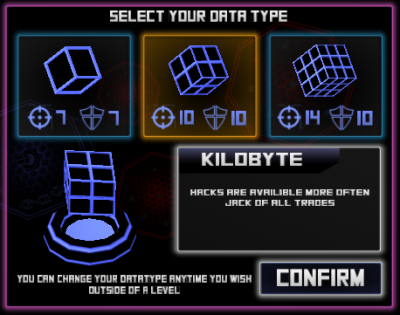 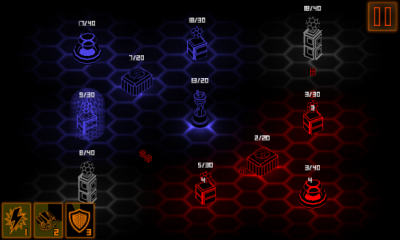 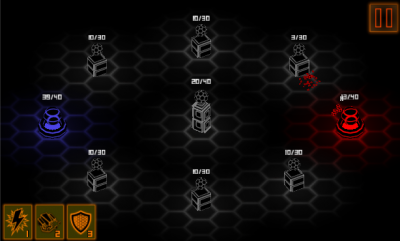