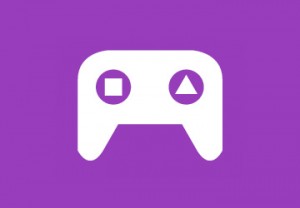 Carrie Heeter from the MediaInfo department was awarded a $287,000 two year NSF grant to study motivation and serious gaming. The project is a collaborative effort between MSU and Georgia Tech University with Michigan State as the lead institution.

Serious games have a number of obstacles to overcome that a typical game for entertainment does not. One major issue is that serious games typically have a much more diverse player audience. A serious game’s audience is likely to include those who rarely play any kind of game, and those who dislike or even avoid playing the genre used by a particular game. So while a serious game may be fun for many people, there is often times a large portion of the audience that does not find the games fun or engaging.

Understanding differences in how people play games, and what it is about gaming that motivates and engages them could help predict who will enjoy and benefit from different types of serious games. This knowledge can help designers create more motivating serious games. Someday it may even be possible to develop “adaptive” games that offer slightly different modes of play for different player types.

When people play games for entertainment, they are free to choose whether to play at all and which games to play. So-called ‘serious games’ employ a media form players are accustomed to enjoying as entertainment for serious goals such as learning, health, and persuasion. Rather than voluntary and for fun, a serious game may in fact be a mandatory class assignment, a required part of corporate training, or a prescribed activity to improve brain health. Serious games may not be fun. Even games which are fun for many people (e.g., the Civilization series of games are some of the best selling games ever and are widely used as educational games), may not be “fun,” “engaging,” “motivating,” or whatever other words may be used to describe the rationale for using games by academics or designers for a distinct subset of the target audience.

Motivation is known to be important for school learning yet motivation for serious games has not been studied. In the same way that learners hold different underlying affinities for intrinsic and extrinsic rewards associated with learning, it is posited in this project that gamers develop unique gaming motivation affinities and mindsets throughout their lifetime of gaming experiences. Player typologies classify players as achievers, explorers, socializers, or killers, but these typologies only consider voluntary play of a particular game or game genre. It is not yet known whether players easily and enthusiastically embrace games which do not fit their preferred gaming motivations, or if such mismatches interfere with engagement and learning.

By definition, serious games piggyback on players’ entertainment gaming experiences, yet they do so with no consideration of why and how different people play entertainment games, nor what the implications of those individual lifetime gaming motivation and experience differences are for how a serious game will be received. This project will develop and test drive the idea of a Gaming Motivation Profile (GMP), parallel to motivation and mindset theories. The project is risky, because GMP may turn out not to exist, or to be unimportant. The project is worthwhile because if indeed GMP mediates the impact of serious games, there are myriad implications for game design and for how serious games are introduced to improve their effectiveness.

The proposed Phase 1 exploratory research seeks 1.) to articulate, explore, and collect normative data about the construct of gaming motivation profile (GMP) as an individual trait, 2.) to discover whether the way individuals play particular games is consistent with their GMP, 3.) to study what happens as far enacted play style and enjoyment when GMP is not available within a game. The proposed Phase 2 rresearch be a first step in examining the “so what” of GMP and serious gaming. Researchers will study how a learning game’s and a brain game’s intended outcomes (e.g., learning and brain training) are impacted when players’ GMP (and therefore, their preferred play patterns) are or are not available in the game. The Phase 2 experiment will test the efficacy of manipulating regulatory fit (introducing task goals which are or are not consistent with the game) for improving the intended outcomes of a brain game and a learning game.

Understanding the impact of GMP on serious gaming intended outcomes holds promise to inform serious game design and to better serve diverse audiences for serious games. It is reasonable to expect, based on large gender differences in the quantity and quality of gaming, that GMP will vary by gender, age, and other demographics, with implications for more universal serious game design.

It is relatively safe to say that the vast majority of students at MSU have played a video game of some sort at some point of their collegiate career. While most people understand the entertaining aspects of video games, a select few have begun to harness the educational potential of games. This new approach to gaming is called serious gaming. A more official definition of a serious game is a game which is designed for a primary purpose other than pure entertainment. While the field of serious games is relatively young, many industries such as defense, education, and health care have begun to successfully utilize serious games.