Paper Cut is an exciting card game based around the world and mechanics of traditional 1v1 fighting games. Players battle it out using cards that offer a simpler method of control than complex strings of directional inputs. Do you usually find fighting games difficult to get into? Are you more of a veteran who is looking for a new twist on the genre? Either way, you’ll have a great time!

The game entirely takes place inside the whimsical confines of a children’s pop-up book. The arena in which the fight takes place is made of pop-up paper, and the fighters are cardboard cut-outs on sticks. Paper Cut includes a wide variety of selectable fighters, and each one has a deck themed to their specific fighting style. You can even play as a penguin! What more could you want?

When a fight begins, two players take turns playing cards that represent attacks. The attacks clash against each other, and the turn is resolved based on the attributes of the cards played. Cards have direction and type, and both of these attributes have relationship triangles that determine what card beats what other cards. If a player activates a specific series of cards over several turns, they unleash a devastating combo that deals massive damage! The players continue taking turns attacking each other until one emerges as the champion.

As players take and receive damage, they also build up Rising Action, represented by the colored number in the lower left or right of the screen. When the meter builds up to the point that the number changes, the player has enough Rising Action to use one of their Turning Point attacks. These attacks cost some Rising Action and have exciting effects on the battle, like raising defense or allowing the next card to work as a part of the combo no matter which one is played.

The game runs on iOS, but it is meant to be played on iPad for the optimal experience. 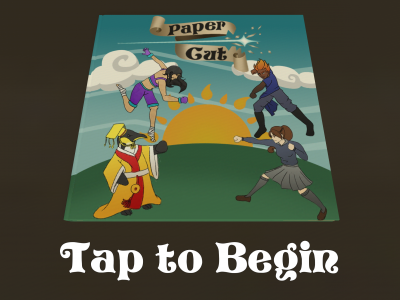 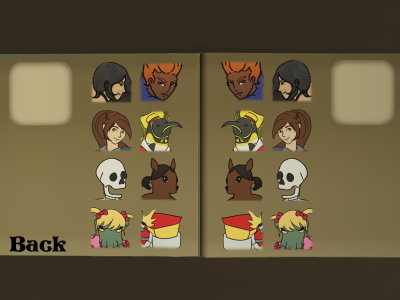 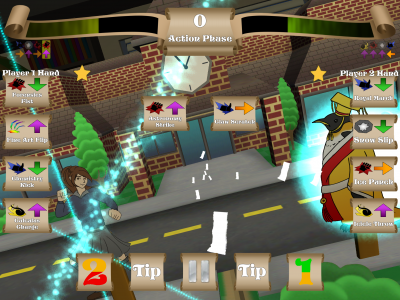