With primary development of the research stimulus complete for the Train Like an Astronaut project, our development team used the end of the second year to experiment with the concept of creating a more game-like experience and exploring new virtual reality technology. The goal of the experiment was to build a proof-of-concept motivational exercise activity that was more game-focused in order to create a more enjoyable experience that motivated players to exercise. Our team has gone through multiple design iterations, but ultimately chose to base our core concept off of the popular endless running mechanic, exhibited in popular mobile games, such as Temple Run.

Temple Run has a simple set of core mechanics that is enjoyed by both younger and older audiences and is relatively simple to play. Players have three available tracks to run on, they can move left, right, and jump, attempting to dodge obstacles and gain points along the way. We chose these core gameplay mechanics because we felt they were simple enough to be paired with the heavy exertion levels of rigorous exercise, but also because they are fun and engaging enough to keep players going.

Our team also experimented with emerging technologies in an attempt to find a method of interfacing with the player that worked best while exercising, including bike mounted displays, head mounted displays, custom controls and switches attached to the handle bars, and the Leap Motion controller. The latest rendition uses the Oculus Rift Development Kit 2 as our primary controller and viewing device. Players are able to be fully immersed in the game world when using the Oculus Rift, eliminating the need for any large screen displays. The game also uses the head motion sensors in the Oculus to give players control, which eliminates the need for external controls and input devices. Through this early proof-of-concept wort, our team believes we can create a strong foundation for an effective exer-game. Our next step is to conduct some early play tests to verify the approach. 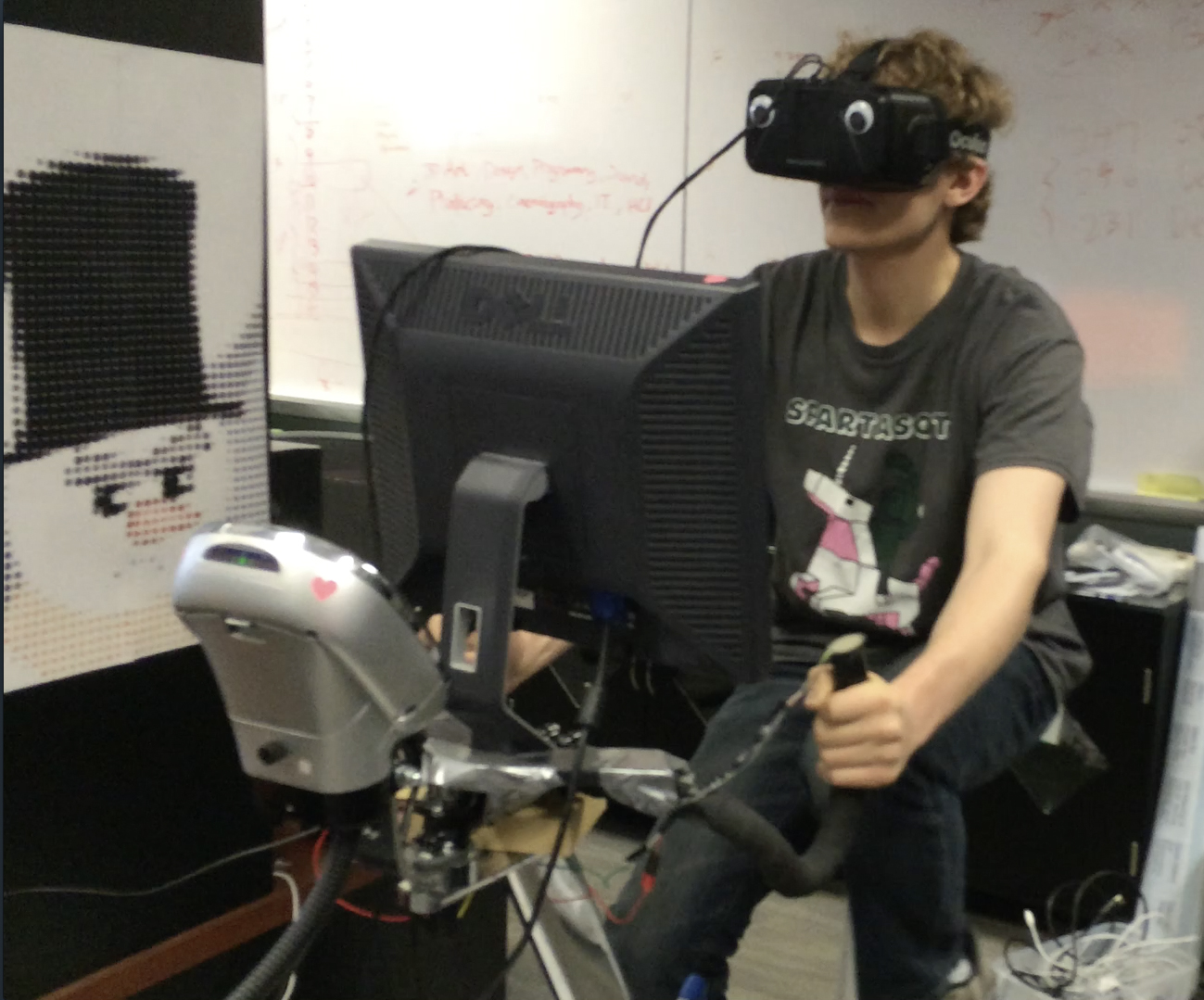 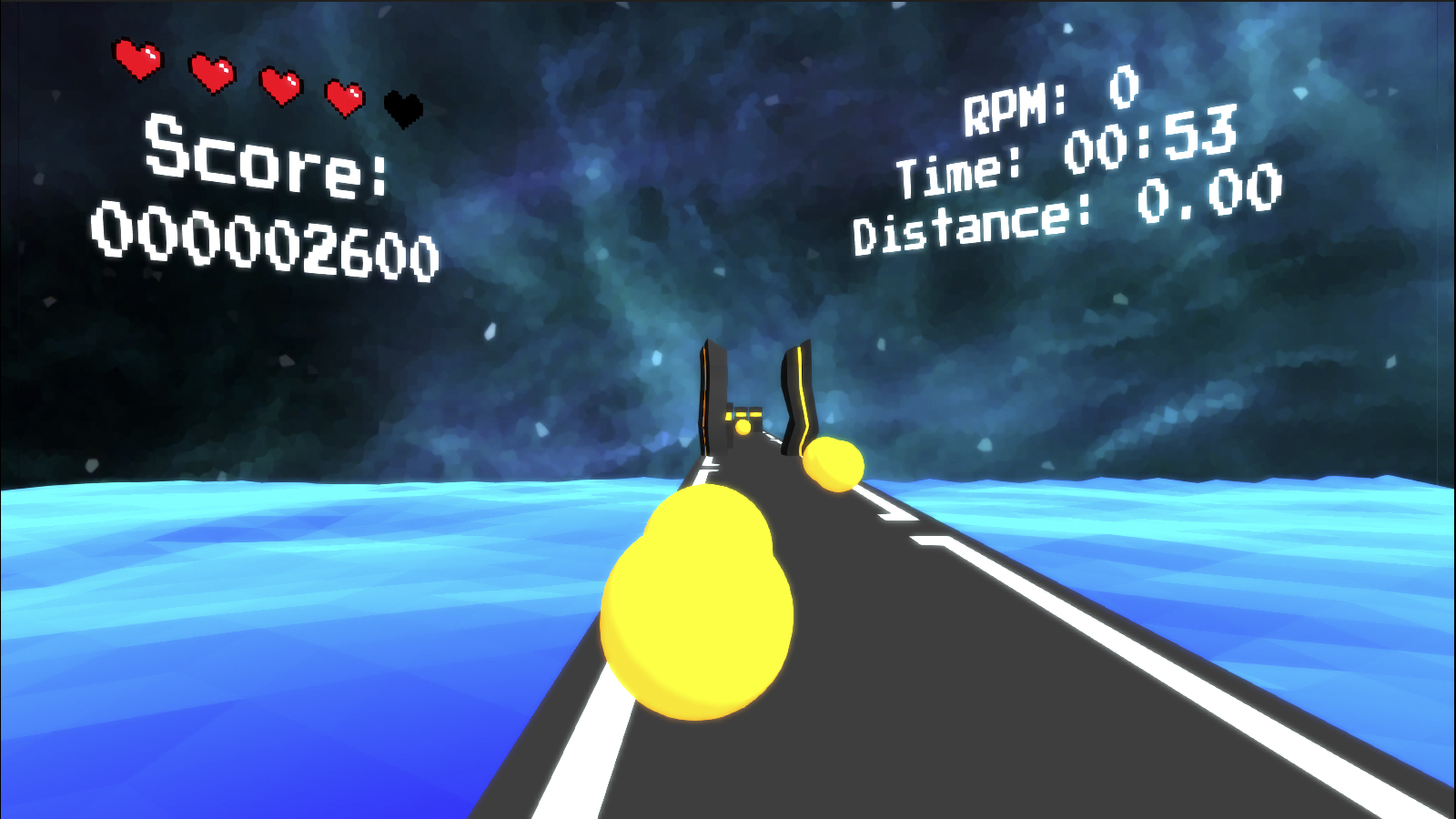