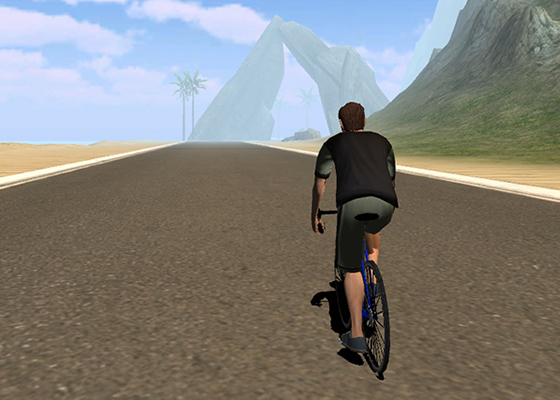 Astronauts may have difficulty adhering to exercise regimens at vigorous intensity levels during long space missions.

Keeping up with exercise prescriptions is important for aerobic and musculoskeletal health during space missions and afterwards. A key impediment to maintaining intense levels of exercise is motivation. However, finding ways to motivate astronauts to be physically active at the levels necessary to lessen the effects of bone and muscle loss and aerobic capacity has not been explored.

Typically individuals become bored with training regimens over time or find them less enjoyable if they do not have strategies to maintain their motivation. Although traditional group exercise leads to higher exercise adherence than individual exercise programs, structured group exercise programs are not possible for astronauts during space missions. Moreover, prior models of group exercise have rarely if ever introduced any real interdependence between exercisers, which have been shown to be powerful motivators for continued effort.

Exercise video games have been marketed as a way to increase people’s motivation and enjoyment to exercise by being entertaining, engaging and providing a means by which to interact with other players. Although many exercise games involve competition among players, few take advantage of group dynamics to motivate play and, there has been little attempt to analyze what game features and interpersonal interactions would best motivate users to continue exercising with these games.

Train Like An Astronaut is a game, developed by the Games for Entertainment and Learning Lab at Michigan State University, through a grant from NASA, that is designed to determine whether recently documented motivation gains in task groups (dyads in particular) can be harnessed to improve motivation in interactive exercise games using virtual, software-generated (SG) partners. Exercising with an SG partner offers a number of advantages (e.g., availability, flexibility, autonomy) over a live human partner. The game allows players to bike (via a stationary bicycle that acts as a game controller) on various tracks, accompanied by a software-generated partner. The goal of the game is to test whether exercising over an extended time period with an SG partner, compared to exercising alone, results in better aerobic capacity and muscle strength, adherence to the exercise regimen, and enhanced enjoyment in the activity, maintenance efficacy beliefs, and sense of social connectedness.

As part of the Train Like an Astronaut project, our team experimented with the concept of creating a more game-like experience and exploring new virtual reality technology (Oculus Rift). The goal of the experiment was to build a proof-of-concept motivational exercise activity that was more game-focused in order to create a more enjoyable experience that motivated players to exercise. 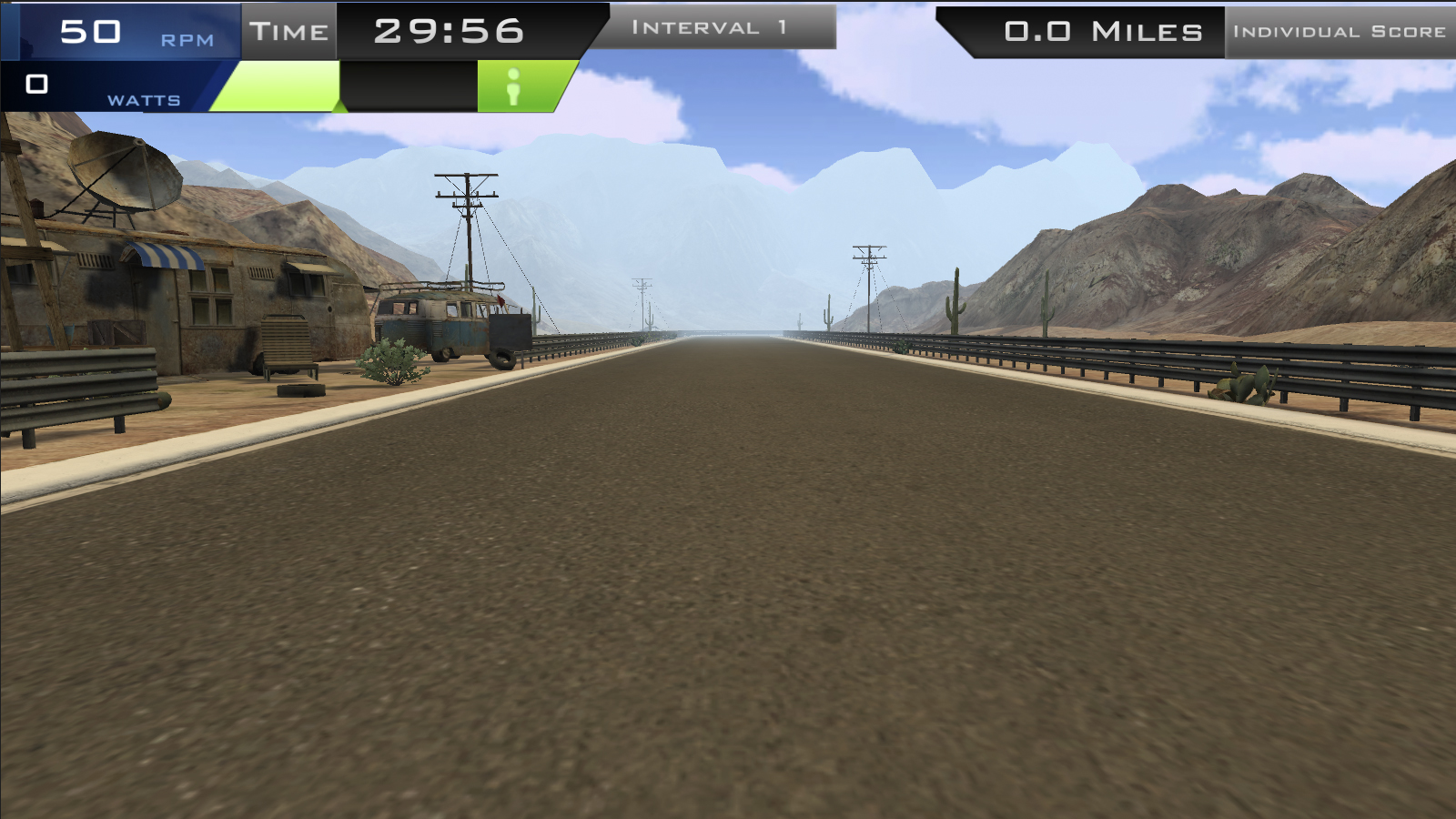 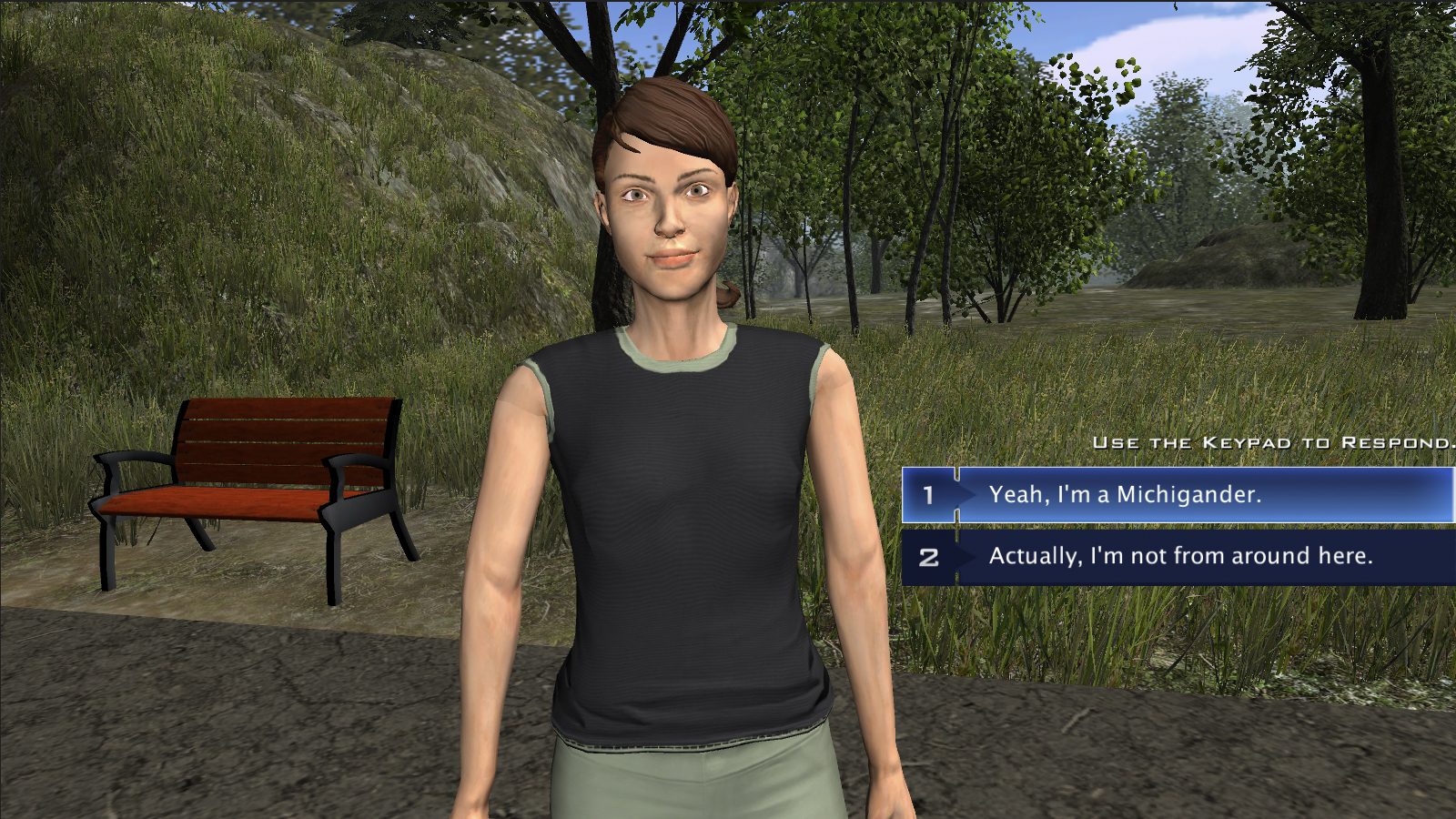